Many highway toll collection systems have already been developed and are widely used in India. Some of these include Manual toll collection, RF tags, Barcodes, Number plate recognition. All these systems have disadvantages that lead to some errors in the corresponding system. This paper presents a brief review of toll collection systems present in India, their advantages and disadvantages, and also aims to design and develop a new efficient toll collection system which will be a good low cost alternative among all other systems. The system is based on using the OpenCV library in the Embedded Linux platform. The system is designed using the Embedded Linux development kit (Raspberry pi).In this system, a camera captures images of vehicles passing through toll booths thus a vehicle is detected through camera. Depending on the area occupied by the vehicle, classification of vehicles as light and heavy is done. Further this information is passed to the Raspberry pi which is having a web server set up on it. When raspberry pi comes to know the vehicle, it then accesses the web server information and according to the type of the vehicle, an appropriate toll is charged. This system can also be made to count moving vehicles from pre-recorded videos or stored videos by using the same algorithm and procedure that we follow in this paper. Number Plate Recognition using Raspberry Pi

India is a country where we get to observe the most extensive National highways. Government plans various phases to complete the projects under construction. The government signs agreements with the private companies who build the infrastructure like roads, ports, and other stuff for a particular span of time generally in years. The invested amount is charged from the vehicles passing on that newly built highway. This charged amount is called a toll tax. People have no choice but to pay a toll tax for using the infrastructure. The private agency involved in the manufacturing of the infrastructure is free to charge citizens. For some places, it is observed that toll tax is still being collected even after the completion of the contract period. Initially, there were toll collection systems such as manual toll collection without generating computer receipts. This method is really very inefficient. This method of payment was used to stop the vehicles at toll stations and wait for a relatively long time for their turn to come. This was causing congestion of traffic. The states of congestion and inefficiency prompted the government to plan and implement the Electronic Toll Collection (ETC) system which can remove these problems and facilitate convenience for all who are involved in the process of toll collection directly or indirectly. ETC systems are designed and developed to cooperate in the operations of toll management through the use of technology. These systems gather data on the basis of traffic, then they will classify the vehicles and collect the expected amount of fare. Electronic/automated toll collection systems are very popular these days. They do not require manual intervention for their work. There are various methods of ETC in which toll is collected and also various toll booths on which these toll collection systems are implanted. There are many toll collection systems that are present for a very long duration still they are collecting tolls from people. There is no transparency provided by these systems. Transparent systems play an important role in toll collection such that there will be no corruption regarding toll. The proposed system in this paper is transparent to appropriate toll collection.  Number Plate Recognition using Raspberry Pi

The system we present is designed and implemented using an Embedded Linux board called Raspberry pi which has an OpenCV library, web server, and other necessary software installed on it. Basically, the system is based on vehicle detection using Image Processing. In this system, a camera captures images of vehicles passing through toll booths thus a vehicle is detected through the camera. Depending on the area occupied by the vehicle, classification of vehicles as Light and heavy is done. Further, this information is passed to the Raspberry pi which is having web server set up on it. When raspberry pi comes to know the vehicle, then it accesses the webserver information and according to the type of the vehicle, the appropriate toll is charged. 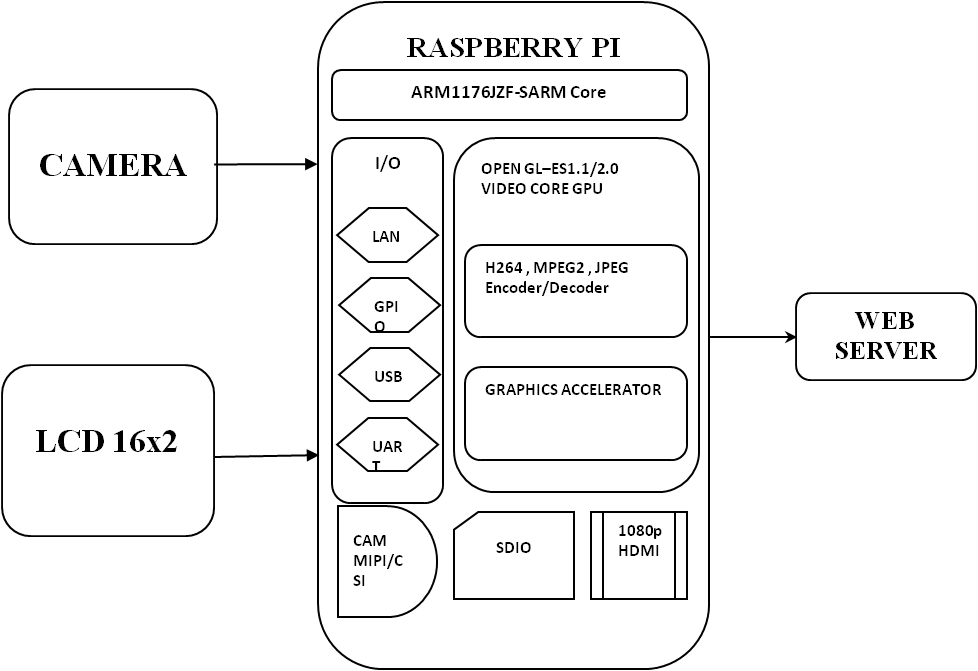 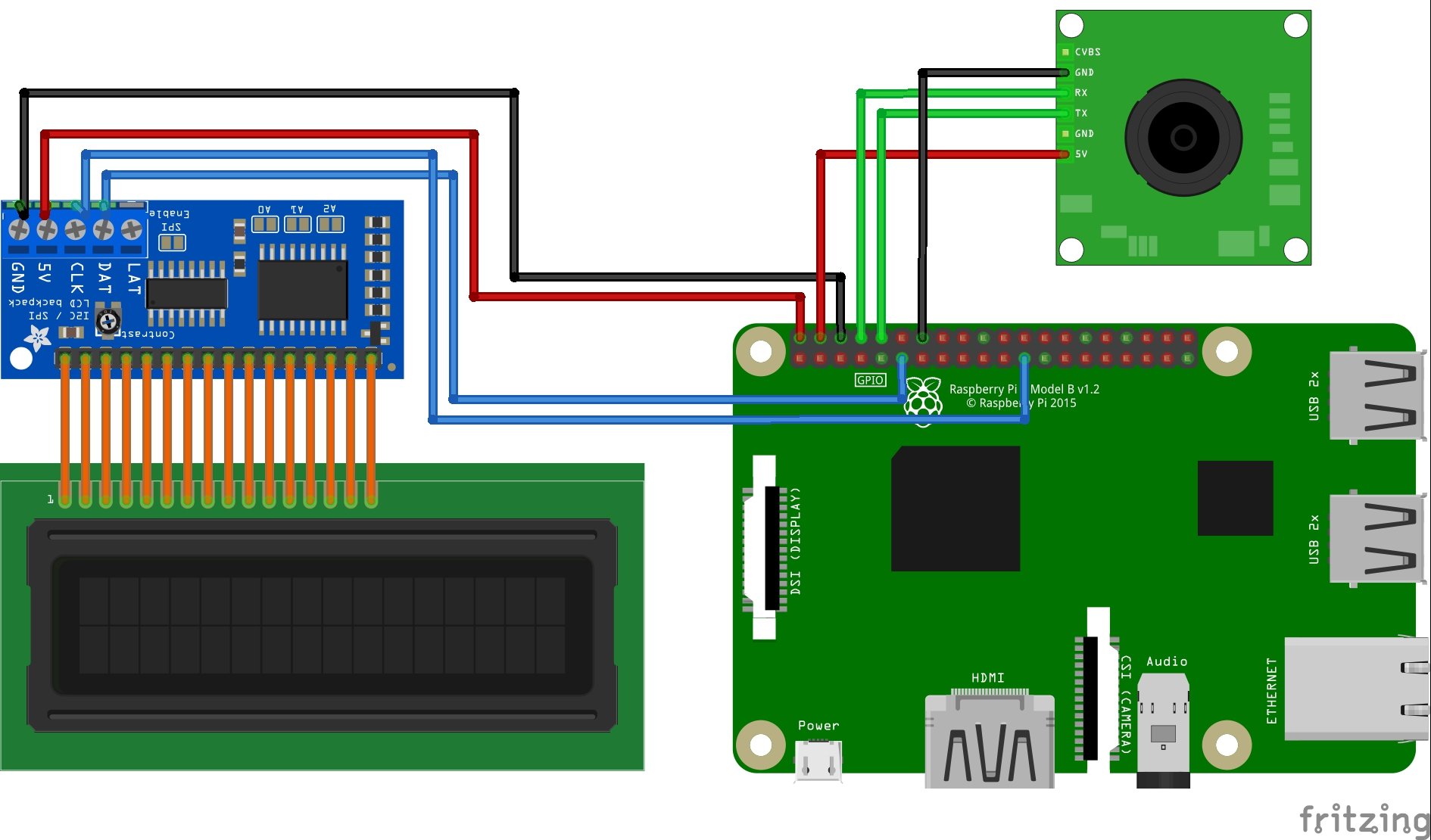