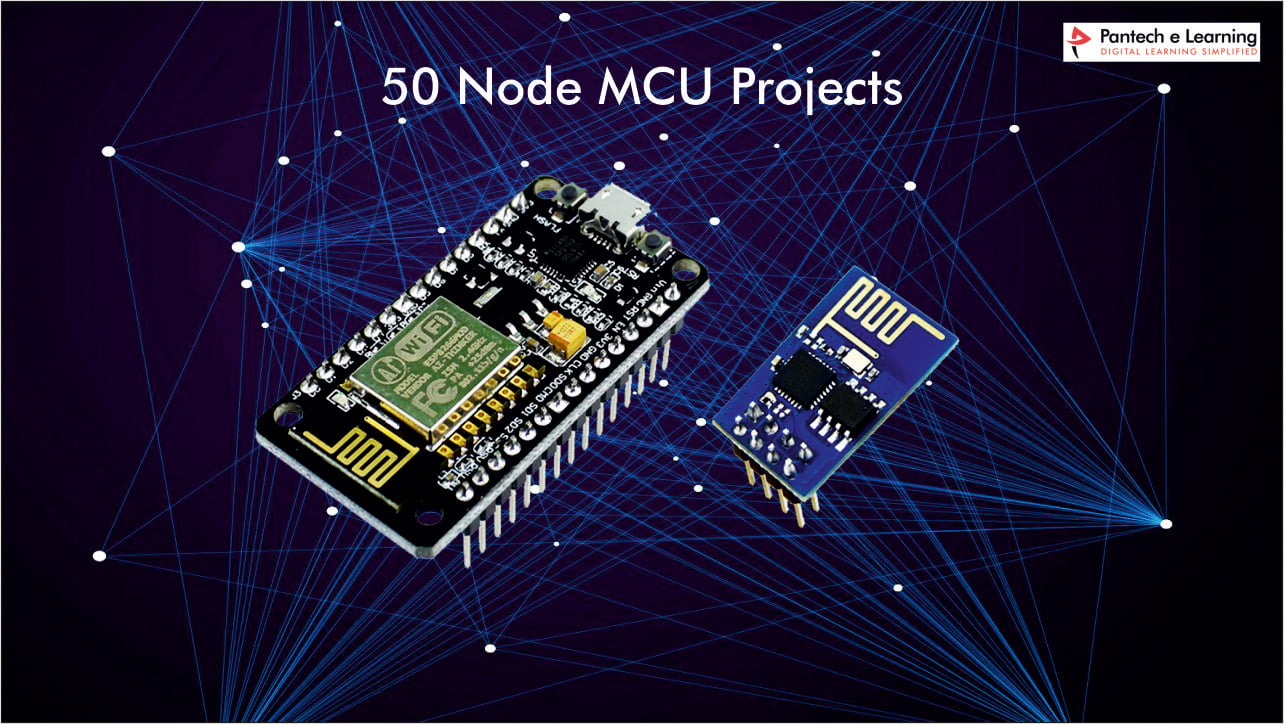 What is Node MCU

Node MCU is an open-source Lua-based firmware and development board specially targeted for IoT-based applications. Top 50 Node MCU projects include firmware that runs on the Wi-Fi SoC from Expressive Systems and hardware that is based on the module. It refers to the firmware rather than the associated development kits.

The smart grid is adding smartness to the electric grid by adding smart devices like wireless sensor networks that provide real-time information quickly. Transmission lines and distribution systems connect the power generation plants to consumers. The power generated at the source is at low voltage and it is stepped up to high voltage and transmitted to the consumer.

It is effective and efficient for users to navigate using precise speech instructions. Overall, the developed system will make the visually impaired people and their guardians feel much safer and more confident.

It is designed as a system to ensure the rider wearing the helmet properly while the complete journey details are recorded on the server. The system records the helmet status, speed of the vehicle, accident status, and the location of the vehicle all through the time the vehicle ignition starts.

The system is design to use in hospitals for measuring and monitoring various parameters like temperature, ECG, heart rate, blood pressure. The results can be record using Arduino. It is useful for monitoring health system of every person through easily attach the device and record it.

It accesses the parking slot availability over the internet. This system can completely automate the smart parking system. It controls the complete process and sends the parking availability and time information so that it can be monitored from anywhere in the world using this platform.

A system that puts forward a smart health monitoring system that uses sensors to track patient health and inform the respective doctor in case of any emergency issues. The system is developed for patients who need to be periodically monitored. It uses temperature as well as a heartbeat to keep track of patient health.

The system that gives prior information on the filling of the bin alerts the municipality so that it can clean the bin on time and safeguard the envir xswqsonment. This system maintains a dry waste and a wet waste separately. It helps to reduce the overflow of the garbage bins in cities and thus keep the environment clean.

It provides a better and more secure system to the passengers, we have proposed a design of baggage tracking and handling system using smart RFID tags and IoT. The system provided ensures less consumption of time, security for baggage, and is economical hence providing customer satisfaction.

The parameters automatically measure the infant’s weight and temperature to determine the condition of the infant. It is operate through IoT which can facilitate paramedic to monitor the infant’s situation through internet network that can be access via web or Android.

It is proposed to develop an embedded-based remote water monitoring and theft prevention system by recording the flow rates at the user end. The monitoring of water resources for these enterprises can prevent the occurrence of stealing water and leaking water effectively.

Health monitoring devices leads to a drastic change in medical sphere as it ensures the safety of the patients and even helps in reducing the stress of doctors and nurses. This system measures the weight of the saline bottle with the help of a load cell and then using an automatic alerting and indicating device sends the alert signal.

Smart street light automates by using LDR, InfraRed sensors (IR), which means if IR sensor detects the person, it will turn ON the lights otherwise the light gets OFF. This will reduce the power consumption and efficiently use power of the street lights. The sensor values will automatically upload to the Thing speak cloud.

The system is to develop a smart notice board that display message and sent the user through mobile phone. It is designing a simple, user-friendly system, which receive and display information in a particular manner with respect to date and time which help the user to keep the track of notice every day.

The problems can be solved by using an Internet of Things-based power management system which keeps track of consumer loads in order to accurate billing and a way to save the wastage of power by using some threshold values. It improves the power levels and smart billing system with the help of smart meters and smart grids.

A sensor is interfaced to Node MCU to detect the temperature and humidity produced from the fire. It is taken into consideration and an analysis is made to detect fire using Node MCU. When it is detected, an email is triggered with the sensor values and the fire is predicted.

It protects the Payment verification protocol for blockchain by verifying transactions in the secure execution environment and keeping the local blockchain unreadable through encryption. The result of the experiment shows that it has little impact on the system.

IoT is a system of related sensors, computing, and digital devices spread across the globe over the internet which can communicate to share and transfer information using a unique id that is assigned to each and every device. It provides a reliable and user-friendly application for easy use and monitoring the electrical devices.

The sensor can be tracked in temperature, light intensity, fire sensor, and gas level. It is collected and stored on the microcontroller, it is monitored and controlled using Node MCU. The sensor value means the motor will stop and the buzzer will continuously blow. After the application of the program, Node MCU will get executed.

Monitoring the farm for disease detection is labor-intensive and time-consuming. By using Node MCU, it is able to detect plant diseases more efficiently which requires manual operations to obtain the data for analysis. Based on an IoT platform for soil cultivation, it develops and utilizes non-image devices to detect rice blasts using Node MCU.