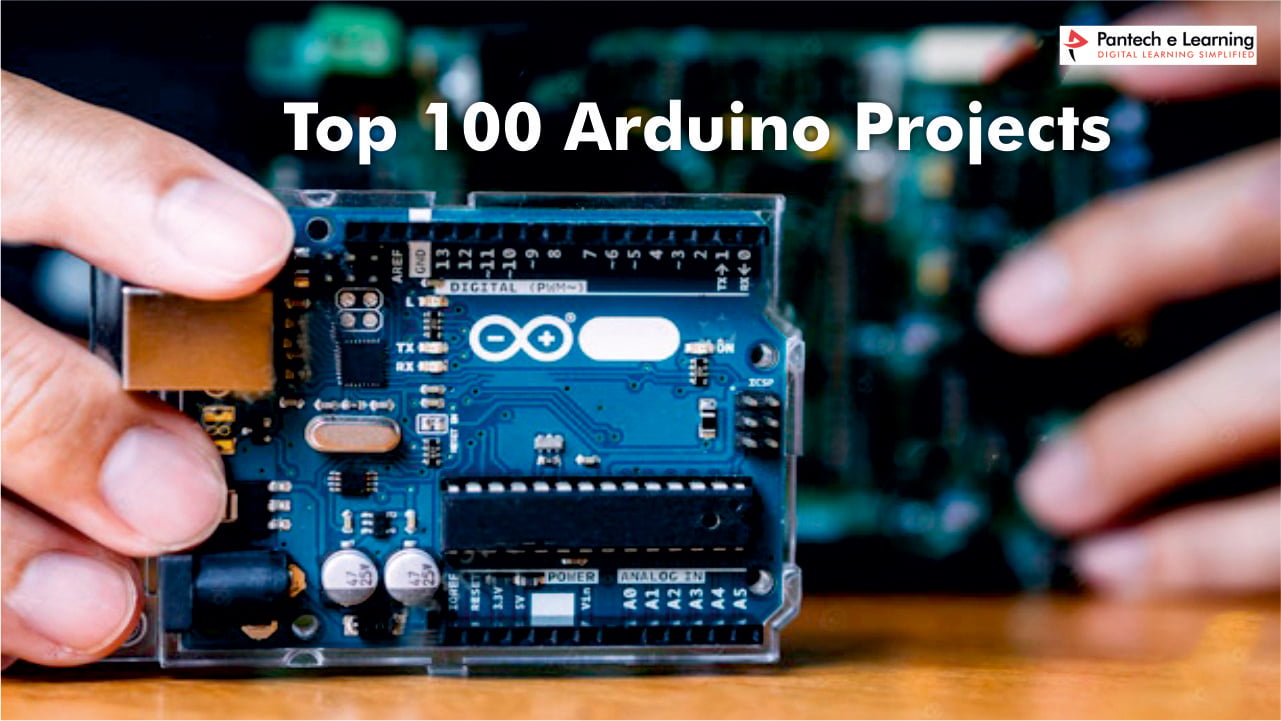 Arduino is an open-source platform use for building electronics projects. Top 100 Arduino Projects is a program to sense and control the objects in the physical world. This consists of both a physical programmable circuit board and a piece of software, or IDE (Integrated Development Environment) that runs on the pc, want to write and upload computer code to the physical board.

Machine learning algorithm is to detect arc faults effectively. It was optimize to the characteristic signals of the arc with different loads for higher detection accuracy and robustness. In the simulative experiments for the power system electric vehicle and the resistor will reach a highly detection rate, respectively.

Data security concentrates on providing security to the stored data in cloud storage but concerns less on securing the data while it is being transferred. The data becomes prone to intruder attacks while being transfer.

It aims to develop a smart waste management system using Lora communication protocol and sensor flow based deep learning model. Lora sends the sensor data to performs real time object detection and classification. The bin consists of several compartments to segregate the waste including metal, plastic, paper, and general waste compartment which are control by the motors.

Smart traffic signal based on the microcontroller & ultrasonic sensor, in which the sensors are placed at one side of road in such a way to cover particular necessary area of road from where the vehicles are restricted to pass.

This system provides the information when a gas leakage is noticed and sensors are used to notice the gas leakage and immediately turns ON the buzzer for the danger indication. It detects gas leakage and warn people around by buzzer beep sound and an SMS is been send to the person for safety calculations.

Leap Motion Controller is used for recognition of gestures, which are motion of the hand and as a result. It can control the motion of the drone by simple gestures from the human hand.

These solutions aim to mitigate the damage caused by the fires, using methods for early detection. It developed a new approach for fire detection and control, in which modern technologies are used. This allows to use computer vision methods for recognition and detection of smoke or fire, based on the images or video input from drone cameras.

It is designed for automatic road quality monitoring and logging. This system can be embed to any vehicle on road and use different kind smart sensors for detecting anomalies on the road, such as accelerometer sensor for detecting bumps by calculating linear acceleration of the vehicle. It is detected the location of the vehicle noted using GPS module embedded with the system.

It offers an alternative to natural communication and control. It is a system that bypasses the body’s normal efficient pathways, which are the neuromuscular output channels. These patterns lead to waves characterized by different amplitudes and frequencies. It deals with the signals from brain.

It enhances the productivity at the side of product high-quality the automation within the field of coal mine as a way to lessen the mine employee’s efforts. The numerous of mine wellbeing plays a key position in producing technique.

The system is design to use in hospitals for measuring and monitoring various parameters like temperature, ECG, heart rate, blood pressure. The results can be record using Arduino. It is useful for monitoring health system of every person through easily attach the device and record it.

It accesses the parking slot availability over the internet. This system can completely automate the smart parking system. It controls the complete process and sends the parking availability and time information, so that it can be monitor from anywhere in the world using this platform.

A system that puts forward a smart health monitoring system that uses sensors to track patient health and inform to the respective doctor in case of any emergency issues. The system is develop for patients need to be periodically monitor. It uses temperature as well as heartbeat to keep track of patient health.

Solar Panel tracking is used to improve the condition. The tracking mechanism moves and positions the solar array such that it is position for maximum power output. Other ways include identifying sources of losses and finding ways to mitigate them.

It providing a better and secure system to the passengers, we have propose a design of baggage tracking and handling system using smart RFID tags and IoT. The system provide ensures less consumption of time, security for baggage and is economical hence provides customer satisfaction.

The integration of the Arduino provides the meter reading system with some automatic functions that are predefine. It provides data to optimize and reduce the power consumption.

It is consider as a tool for the acquisition of muscle activity is recorded and analyze, then sent to remote service with the help of IoT concepts, where things peak been used where it helps in the telemetry of the obtained signals using the cloud and sensor input is given to Node MCU.

It deals to keep track of the soldier parameters such as temperature, breathing and heart rate. Node MCU are used in designing the soldier monitoring system, can be explained as it is used for monitoring physiological information.

It is an innovative, smart & protective Cradle System to nurture an infant in an efficient way. This system considers all the details required to care & protection of  Baby in the cradle.