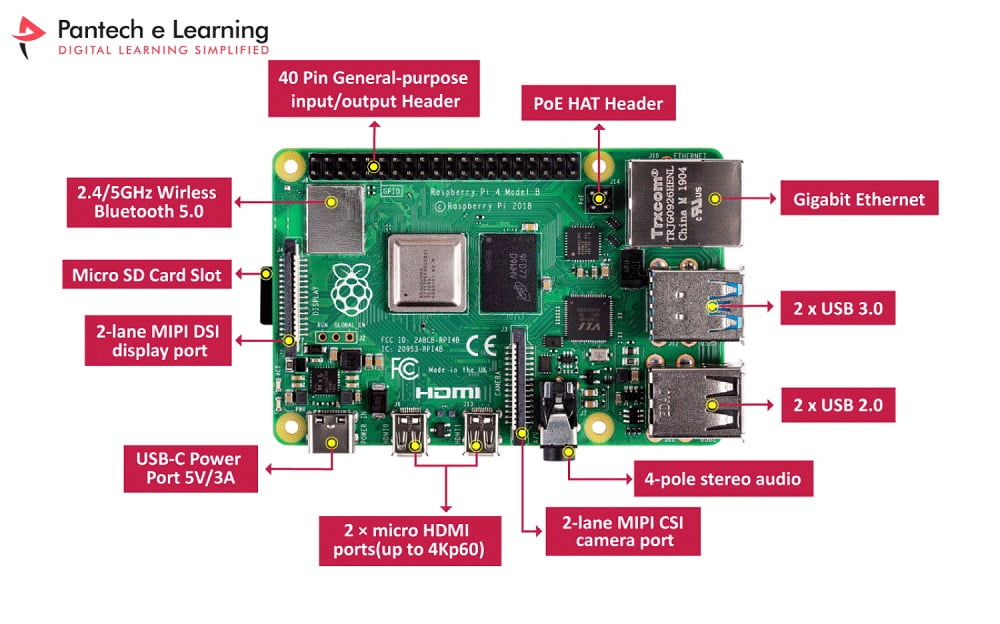 Raspberry Pi is a technology that has made a lot of impact since its introduction to the public. It is a dynamic microcontroller which is capable of doing anything a computer can. The price and the wide support community also increase the range of applications this board supports. It is a good way for people of all ages to understand about programming and computing. Raspberry Pi Based Projects will introduce students to the main ideas of the Raspberry pi.  Also the projects help you to build some Real time applications.

Why Raspberry Pi Based Projects are Important?

The Raspberry Pi is a perfect learning tool. Because it is low cost to make, easy to replace and needs only a keyboard and a Television to run. These same pros also make it a suitable product to start computing in this developing world. In a real-time work environment theoretical knowledge alone won’t be of help. However, as a new comer, one needs to be focus on the basics and need to learn how things work. Raspberry Pi Based Projects are the best method to understand the concepts.

Where can you find the best Projects?

Pantech eLearning, an Online Learning Service provider in Chennai, is offering latest Raspberry Pi projects for you. We have the most modern tools and professionals with experience to guide you.

Given below is the list of Top 10 Raspberry Pi Based Projects we are providing:

In this system, not only the valid card holder is allowed and also only by the knowledge of account holder any one can enter into the ATM by using account holders ATM card. If any unauthorized person is inserted ATM card, their picture with one OTP will be sent to account holders mail.

In this method camera is focused on the eye by using OpenCV. We need to find out the centroid of the eyeball. By tacking the eyeball movement, we can move the wheel chair accordingly.

The robot detects the presence of fire then it moves towards that particular direction and also it pours water or turns on extinguisher automatically.

The main aim is to control the brightness of the headlight and to properly illuminate the path. So that we can easily find if there are any pedestrians in the way of a curved path.

In this project, the Pre-trained model is using. Its accuracy is more than 90%. It can also be customize to recognize other objects using Transfer learning.

This trolley can help humans move things and create a sense of comfort and also efficiency while doing the activities.

The goal of this paper is to design and implement a home security system by integrating smart phone and also home network service in the absence of residents.

The main objective of this project is safety and security with autonomous region based automatic car system.

Traditional coal mine monitoring systems tend to be wired network systems, which play an important role in coal mine safe production.

Gesture Recognition is a technology that is used to identify human gestures with the help of mathematical algorithms.

Self-navigating robot – In this system, RP Lidar is interfaced with the Raspberry pi to localize the object. By using python programming, the application is developed to drive the vehicle based on the object in the environment.

The Power Monitoring and Control System (PMCS) is a fully customizable/configurable, user-friendly, integrated solution for reliable and accurate energy management.

The identification of objects during an image and would altogether probability begin with image methodology techniques like noise removal, followed by (low-level) feature extraction to hunt outlines, regions, and probably unit-like positive textures.

A virtual assistant is a well-known application, which includes all functionalities like cloud, IoT, and some assisting actions.

Health Monitoring system -? Smart Health System The wireless medical sensor network is used in healthcare applications that have the collections of biosensors connected to a human body or emergency care unit to monitor the patient’s physiological vital status.

Nowadays, there are a lot of automatic selfie camera systems available in the markets. But our system is a cost-efficient and well-designed latest technology-based device. In this project, we will dive deeper and look at various algorithms that can be used for detecting faces using raspberry pi and OpenCV.

The Brain-Computer Interface (BCI) is one of the communication channels used to make an interaction between the human brain and a digital computer.

Smart systems are showing enormous growth in technology by having the intelligence to work on their own.

The robotic arm is a kind of mechanical arm that can be made to function like a human arm. In this work, an anthropomorphicrobotic armis designed and implemented and is controlled from a remote location using an RF module.

The idea behind this is to control home devices with voice. On the market, there are many devices available to do that.

Light sensing plays an important or eventful role in most applications, such as video surveillance, human-computer interface, vehicle navigation, and robot control.

In today?s era automation plays a very important role in all industrial applications for the proper disposal of sewage from industries and household is still a challenging task. In India, drainage systems are usually open which leads to the disposal of solid waste and that causes blockage.

Fruit counting is an important task for growers to estimate yield and manage orchards. An accurate automated fruit detection and counting algorithm give agricultural enterprises the ability to optimize and streamline their harvest process.

IoT-based robot plays an important role in any area where people can?t reach easily. The rapid growth of industry and advancement of technology has resulted in a reduction of human efforts, the main reason for which is robots.

The identification of objects during an image and would altogether probability begin with image methodology techniques like noise removal, followed by (low-level) feature extraction to hunt outlines, regions, and probably unit-like positive textures.

The algorithm applies a neural network to an entire image. The network divides the image into an S x S grid and comes up with bounding boxes, which are boxes drawn around images and predicted probabilities for each of these regions.

Web Control Robot using Raspberry Pi – Robotics is a rapidly growing widely innovated field. With the advances in technology, combining networking and robotics has a great advantage in many aspects.

Smart Navigation System for Blind People using Raspberry Pi and OpenCV – This paper presents the development of smart navigation for blind people using Google App Maker where we will develop our own API for Blind and low-vision users.

Home automation is the use of one or more computers to control basic home functions and features automatically and sometimes remotely. An automated home is sometimes called a smart home.

With the development of the economy, the number of large high buildings is increasing. Generally, for the complex application, the high load of fire and intensive staff, major property damage, and heavy casualties will be easily caused if a fire happens in these places, and has a bad social impact.

Nowadays, there are a lot of talking systems but their working may cause some defects. We rectified problems in the existing system and we proposed a new talking system in this paper. It is an automated system.

In general, a patient would give their prescription to the pharmacy, then a pharmacist gets this prescription, seeks the medicine, and gives it to the patient.

The algorithm applies a neural network to an entire image. The network divides the image into an S x S grid and comes up with bounding boxes, which are boxes drawn around images and predicted probabilities for each of these regions.

Now a day, the industrial monitoring field requires more manual power to monitor and control the industrial parameters such as temperature, humidity, gas, etc. which are the most upcoming issues in the industrial sectors.

Moving Object tracking – we will dive deeper and look at various algorithms that can be used for moving object tracking using raspberry pi and OpenCV.

The idea behind this is to actually label and tag regions of an image as containing a certain color, we?ll be com puting the Euclidean distance between our dataset of known colors(i.e., the lab array) and the averages of a particular image region.

Visually challenged of us have to handle a barrage of challenges to make sense of visual content with matching labels by using the systems available at their disposal now, merging concerns along midway, settlement, correctness, adaptability, and vivacity.

Nowadays people face a lot of problems in supermarkets. to carry things using trolleys. Mostly we need to push the trolleys that carry products. Lots of differently-abled people, old age people, and women carrying babies found it difficult for them to use.

Weather is a very important parameter employed in all sectors sky communication like Airplane and rocket is purely weather dependent.

It is well known that visual speech information through lip-reading is very useful for human speech recognition[l].

This advanced online examination system can thus be created to? provide? both? face? detection? and? face? recognition.

Water is a very essential source for living organisms so we must save water. In this project, we aim to develop a water level management system using raspberry pi.

Weather is a very important parameter employed in all sectors sky communication like Airplane and rocket is purely weather dependent.

Light sensing plays an important or eventful role in most applications, such as video surveillance, human-computer interface, vehicle navigation, and robot control. Image Processing has been the talk of the e-world for some years.

In this project, a renewable power generation system is monitored through a number of sensors. The main parameters that need to be monitored here are energy produced; this can be calculated by measuring current and voltage.

The idea behind this is to make a system to measure the speed of the shaft using the IR sensor. The contact with the rotating shaft is avoided with an optical sensing mechanism that uses an infrared (IR) light-emitting diode and a photo-detecting diode.