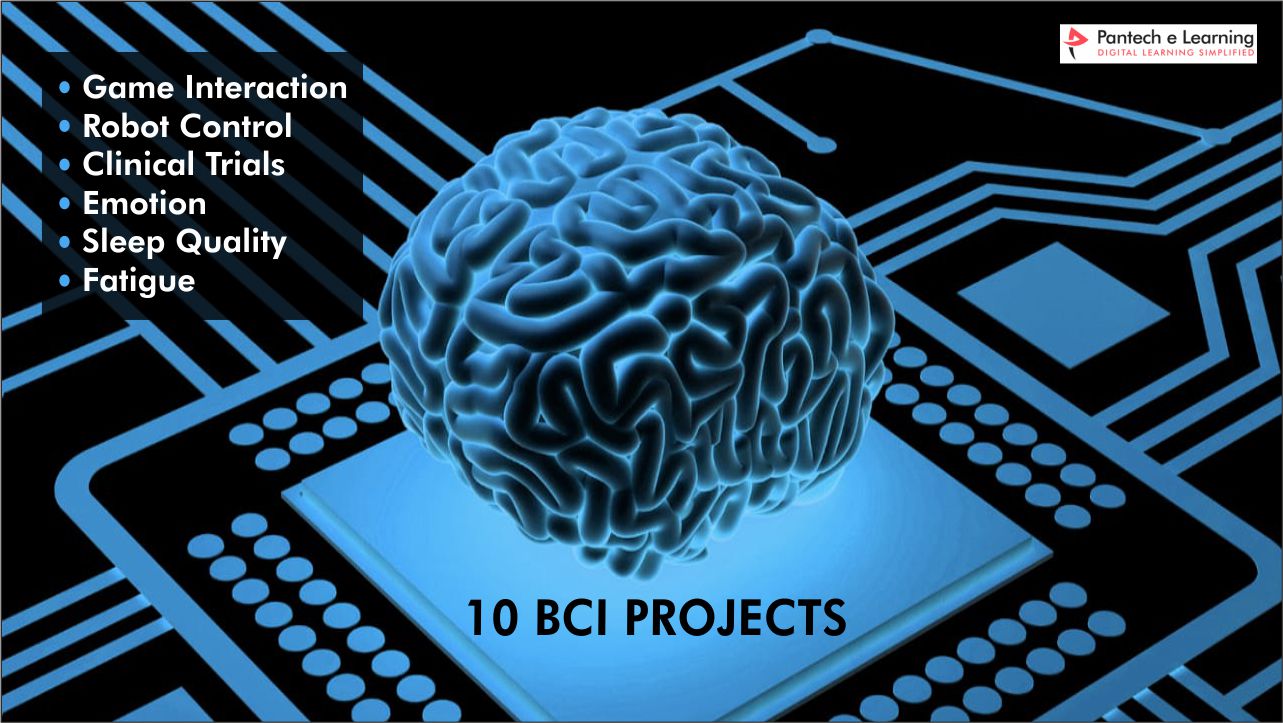 A Brain Computer Interface (BCI) is a system that measures the activity of the central nervous system and converts it into artificial output that replaces, restores, enhances, supplements, or improves natural CNS output.Top 10 BCI Projects enables the visibility of Brain Computer Interface to change the ongoing interactions between CNS and its external or internal environment.

It is a device that measures electrical activity in the brain or spinal cord and transforms it into a synthetic output that can replace, restore or enhance natural function. The system can control a robot or other assistive devices using human thoughts.

BCI monitors EEG waves from a Brain. It acquires brain signals and translates them into commands that relay to the output devices to carry out the desired action. It is used for a people with blindness who can have an authentication system to enter passwords based on the command hearing input from the system for each number.

Virtual keyboard implement using a Brain-Computer Interface (BCI) that interacts with the Neural Headset. It is an input device for those with a motor disability i.e.; a challenge by traditional input devices. The advantages of a virtual keyboard based on BCI present the results that suggested several improvements for enhancing the effectiveness of virtual keyboard.

It offers an alternative to natural communication and control. It is a system of the body’s normal efficient pathways, which are neuromuscular output channels. These patterns lead to waves characterized by different amplitudes and frequencies. It deals with signals from the brain.

Detection of human drowsiness while driving can help reduce road accidents. The system detects the driver’s drowsiness in real-time using  non-invasive technique. By setting up prototype of the system using headset to collect the human’s brainwaves, then monitor and analyze to recognize the drowsiness state.

It is carried by brainwaves and EEG sensor devices can detect human emotions through Brainwaves. The process of data is collected and classifies the emotions that felt by respondents and reactions.

It is developed for physically impaired people in the movement, all the system need of user’s concentration. It allows the user to navigate in a familiar indoor environment within a reasonable time with the help of a wheelchair.

Brainwave sensor can capture brain signals of a eye blink, concentration, meditation, can be used in various applications. The brain controlled robotic ARM is one of the application that moved with an EEG sensor based on a parameter collected by it.