Light sensing robot? – The light the following robot can be done using sensors, this Raspberry Pi system for light following robot we have used technology by interfacing camera which monitors the light by monitoring the brightness to track the light and the car will follow the light. This car will track the light which is used to give the way for the car to make it follow. This Raspberry Pi project is used for surveillance cars as the beginners can work with the OpenCV technology by using the camera with Raspberry Pi

Light sensing plays an important or eventful role in most applications, such as video surveillance, human-computer interface, vehicle navigation, and robot control. Image Processing has been the talk of the e-world for some years. Its varied applications have found their uses in almost every field. Vision deals with Computer Vision and image processing. The Raspberry Pi sometimes referred to as the Pi, is a small, low-cost computer invented in the U.K. by the Raspberry Pi Foundation. It provides an easy-to-use tool to help you learn to code in Python (the Pi part of its name came from the focus on using it to code in Python). About the size of a deck of cards, it isn’t as powerful as a laptop or desktop computer; its computing power is more similar to that of a smartphone. But what it lacks in processing power, it makes up for in its many features:

Its readiness for programming in Python

The many ways you can use it

Its small size and cost

In the existing system, the light in the environment gets located using the LDR and the decision will be made to drive the car. 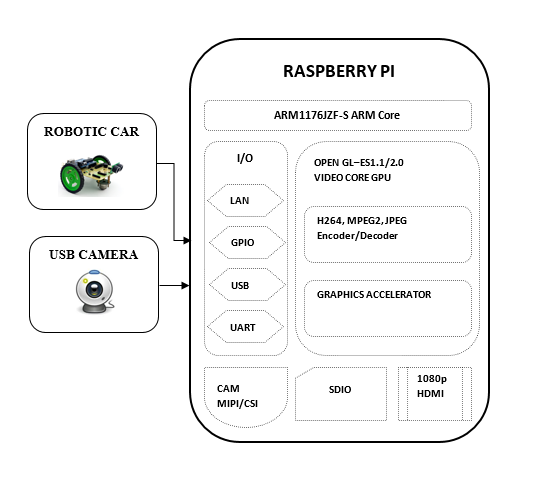 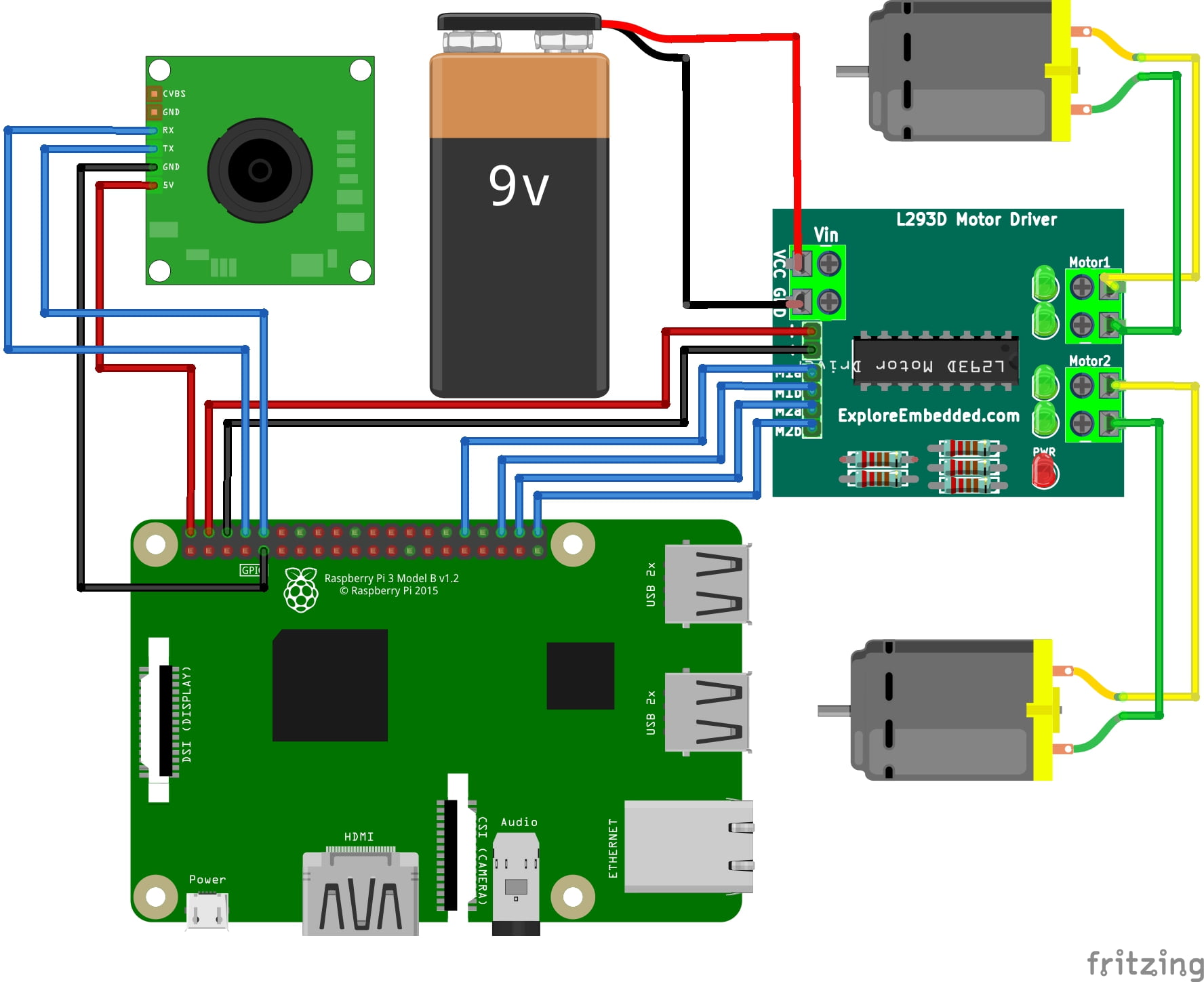 [4] Bischoff R., ?Advances in the development of the humanoid service robot HERMES,? Proceedings of the International Conference on Field and Service Robotics, pp. 156? 161, 1999.