In this Google Pi, Raspberry Pi is used as a core system. Respeaker a 4 Mic array is connected with Raspberry Pi to receive voice commands from a distance. For Object recognition and Currency recognition, Deep learning is used. For Voice assistance and YouTube Google API is used and also customized. It will be a friendly device for blind people. For object and currency recognition Web camera or Mobile camera can be interfaced with the Raspberry Pi. Google Assistant

Nowadays, there are a lot of Voice assistance devices such as Amazon Echo, Google Home Mini, etc. Likewise, this Google Pi is also one kind of voice assistant device which is mainly for visually impaired people to fulfill their needs. It has 4 Great Features, they are

In the existing system, there are a lot of disadvantages which stopped only up to voice assistance, none other than features. Some device works only by getting the voice input from the USB Mic which should be placed near the mouth, else input is given through mobile

In this proposed system, all old disadvantages get broken by this new Google Pi. Through deep Learning, application classifications are more accurate, for voice assistants by using Google API the responses are faster as well as more accurate. Re-speaker a 4 Mic array, helps to give voice command from distance and from any direction 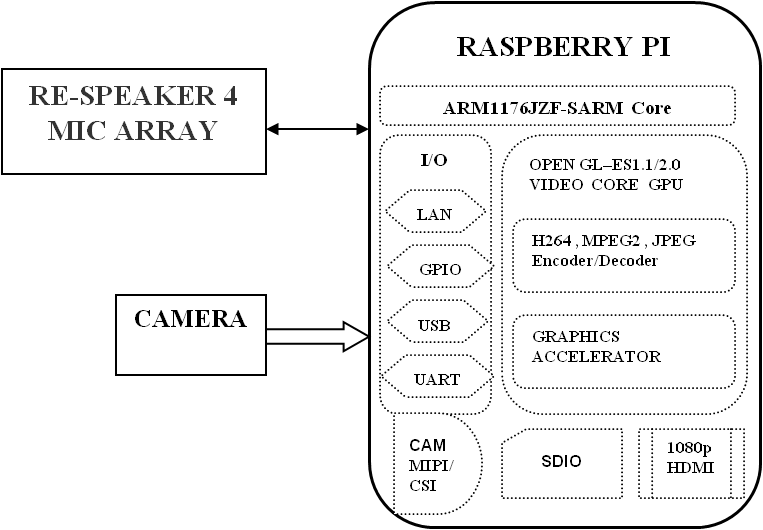