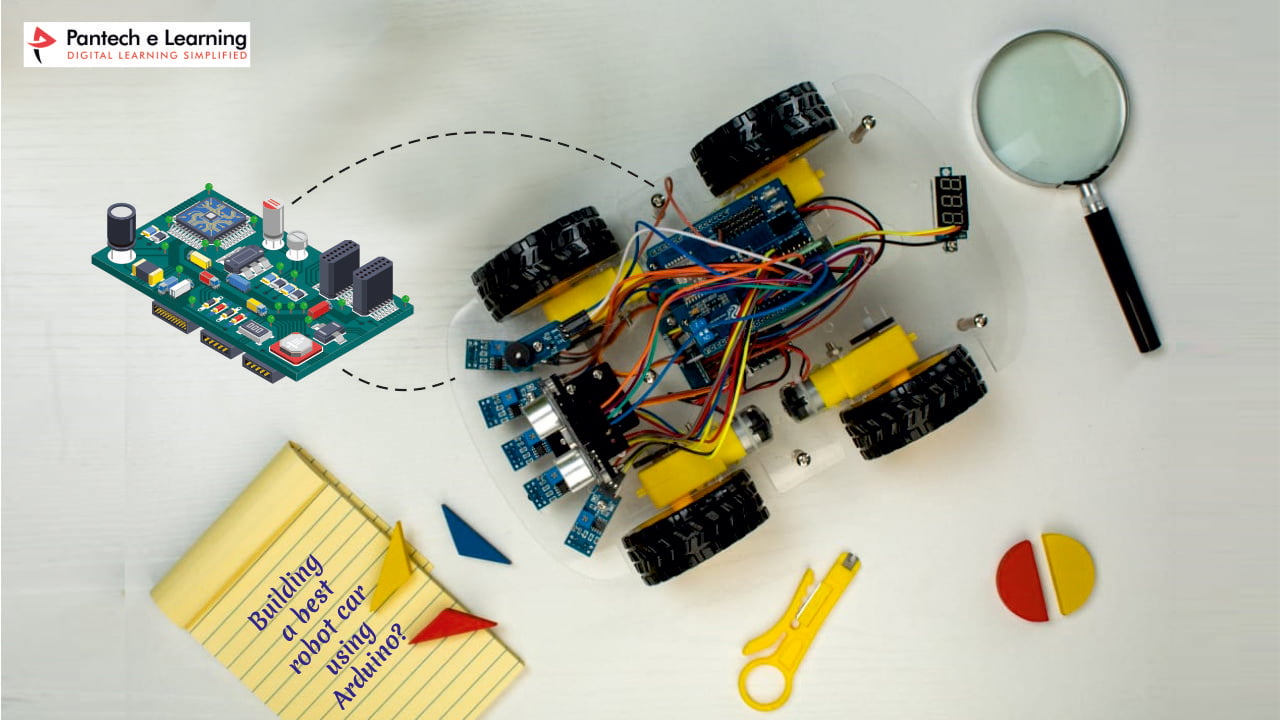 Arduino is an open-source platform used to building electronics projects. It consists of i.e.; physical programmed circuit card and IDE that runs on the computer, and upload code to the physical board.

How to Programming the Robot Car?

The robot operating is predicate on line-following sensors, which count on the runway configuration, will detect the presence or absence of a black or white band. The IR sensor modules will detect the range, and when the robot moves out of the trail described by the range, the sensors will send a sign to the Arduino indicating the variation within the detection of the black, or white color, i.e.; which can be the color of the range.

When this happens, the Arduino will start the required engine in order that the trail is corrected as soon as possible. When the trail has curves, the IR sensor modules will add an equivalent way, i.e.; decelerating the required motors in order that it’s possible to form the curve in the desired direction.

The ultrasonic sensor ahead of the robot will detect the presence of an obstacle along the way, and if it does, i.e.; a sign is going to be sent to the Arduino, which, through its programming, will correct the trail to avoid the thing.

It will help to demonstrate how to assemble such devices and programmed by using Arduino platform as a basis. This will able to create devices that read the data about the external world i.e.; with a variety of sensors, receive and forward data to a PC, the Internet and mobile devices, and control indexing and the movement.